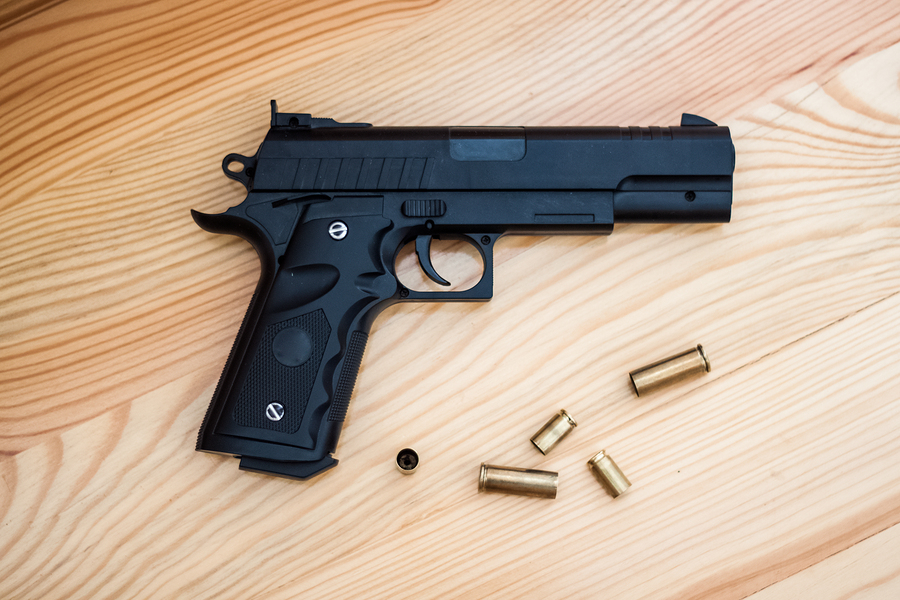 Understanding Your Right to Bear Arms

Even though the Second Amendment guarantees the right to bear arms, there are many restrictions and regulations on ownership and possession of weapons. Pennsylvania's Uniform Firearms Act (UFA) governs all matters involving the use, transfer, sale, and maintenance of firearms. Failure to follow these regulations can result in significant criminal penalties and lifelong consequences. Often, violations of the UFA result in a state prison sentence-even for individuals with no prior criminal record-due to the seriousness of the offense. Because Pennsylvania courts take weapons charges very seriously, it is important to have an experienced criminal defense attorney on your side.

The attorneys at Masorti Law Group are no strangers to weapons violations charges. We have successfully defended many individuals with such charges in the past, and have succeeded in having charges reduced or even dismissed based on suppression of the evidence. While we have handled a wide variety of weapons offenses, some of the most common charges we see are discussed below:

Unlawful Possession, Use, or Manufacture of a Firearm

In Pennsylvania, some individuals are specifically prohibited by law from possessing or using a firearm. This prohibition usually stems from a prior felony conviction. In other words, it is illegal to possess or use a firearm if you have been previously found guilty or pled guilty to crimes such as murder, aggravated assault, stalking, kidnapping, robbery, burglary, and others.

In addition, individuals who have a prior record of serious drug convictions, are illegally present in the United States, or have had a Protection From Abuse Order entered against them are not permitted to use or possess firearms in Pennsylvania.

The penalty for possession of a firearm by a prohibited person is quite severe. If the reason you are prohibited from possessing a firearm is because of a prior felony conviction, the offense is graded as a second degree felony, which is punishable by up to 10 years in prison and a fine of $25,000. If you possess a firearm in violation of an active Protection From Abuse Order, the offense is a first degree misdemeanor, with a maximum penalty of 5 years in prison and a fine of $10,000.

Count 1: MAKES ANY MATERIALLY FALSE WRITTEN STATEMENT
18 Pa.C.S.A. 6111G4II -- Felony 3rd DEGREE
Did, as a purchase or transferee in connection with the purchase, delivery or transfer of a firearm under this chapter, knowingly and intentionally make any false written statement, including a statement on any form promulgated by Federal or State agencies, to-wit: Did make a false statement on a fedral form, namely form 4473 (5300.9) part 1;

Count 2: UNSWORN FALSIFICIATION TO AUTHORITIES
18 Pa.C.S.A. 4904A1 -- Misdemeanor 2nd DEGREE
Did, with the intent to mislead a public servant in performing his official function, did make any written false statement which he/she does not believe to be true.

Carrying a Concealed Weapon Without a License

There are also certain places you cannot carry a concealed weapon, even if you have a permit. These include school properties, federal buildings and property, court facilities, and state parks.

If you are caught carrying a concealed weapon without a license, you could be facing harsh criminal penalties. Whether this crime is graded as a felony or misdemeanor depends on the circumstances. On the low end, if you are found with a concealed weapon and do not have a permit, you could be charged with a misdemeanor so long as you are otherwise eligible to get a permit and did not commit any criminal offenses at the time. However, if you are someone who would be incapable of obtaining a concealed carry permit (if, for example, you are prohibited from possessing weapons by law) or you committed another crime at the time you were caught, the concealed carry violation becomes a third degree felony. As a result, the maximum sentence for carrying a concealed weapon without a license could be anywhere from 5 to 7 years in prison.

Possession of an Instrument of Crime

Under Pennsylvania law, an "instrument of crime" is any item that is made or adapted for criminal use, or is used for a criminal purpose and possessed by the defendant at the time of the alleged offense. To be found guilty, the prosecution must also prove that the defendant intended to commit a crime with the item and that the item is something the defendant would need to commit the underlying offense. The penalty for possessing a criminal instrument can be as high as 5 years imprisonment and a $10,000 fine.

The consequences of a conviction for a weapons offense are life-altering. That is why it's critical not to face these charges alone. A skilled criminal defense attorney can challenge the prosecution's case in several ways, such as arguing that the police violated your constitutional rights by questioning your or conducting a search, or by raising doubt in the mind of the jury at the time of trial.

To speak with an attorney with a proven record of success with this type of case, Contact Us Now!